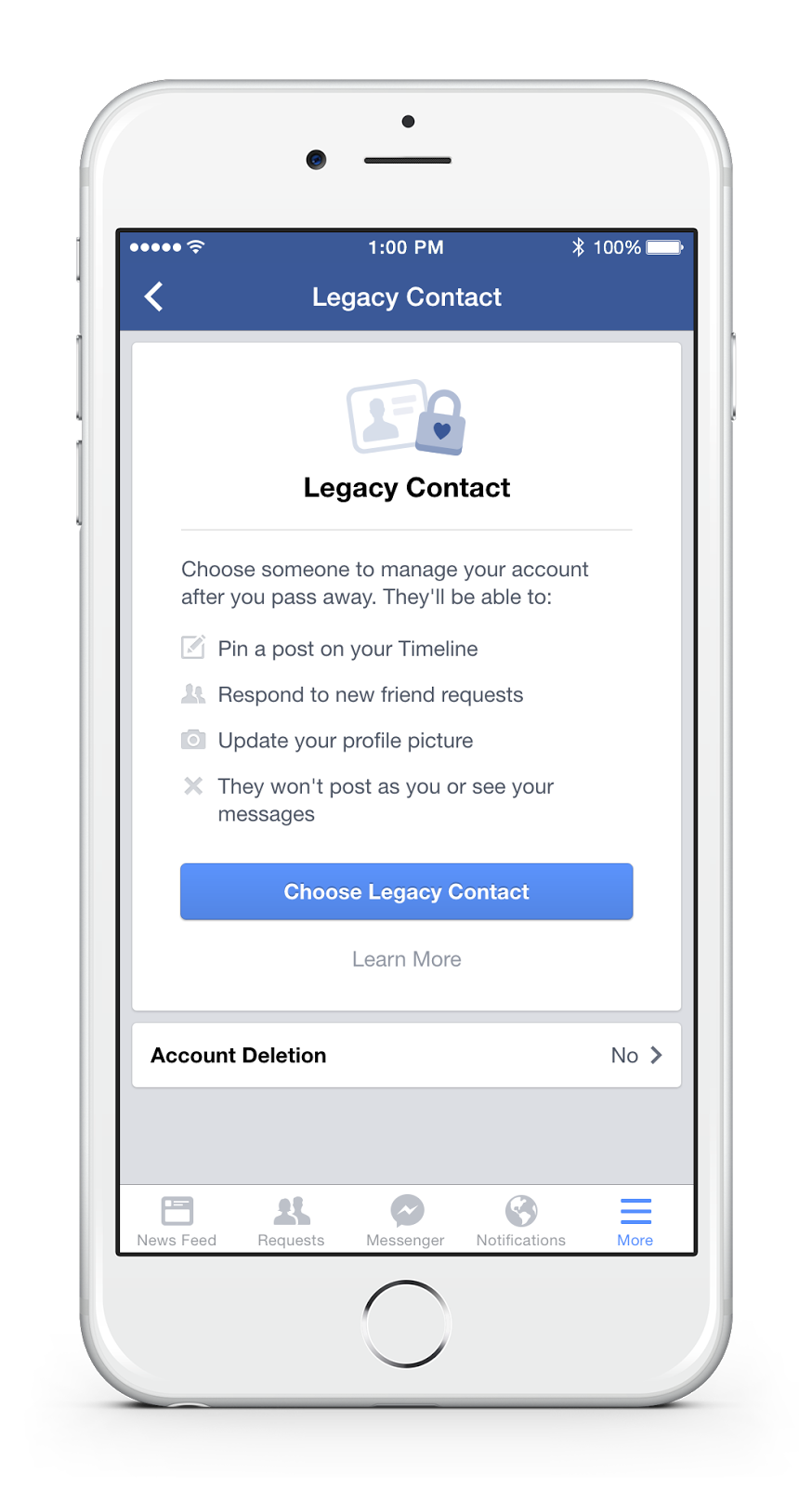 Facebook’s Legacy Contacts feature was announced several months ago. But it is only now that it has been released in the UK. The social network has over 31 million users in the country. The feature allows users to appoint a friend who could manage their Facebook account after they die.

The feature is already live and available to users in the UK. You can appoint anyone on Facebook as the one who could maintain your account even after you are gone. The site also offers an option to have your account deleted on your death. It will require someone to inform the social site about your death.

Earlier, the social site would freeze a user’s account upon his/her death. This feature was started in 2007, and since then Facebook has been receiving thousands of requests every month to ‘memorialise’ profiles of those who are died.

If someone appoints you as a ‘legacy contact’, you will be allowed to:

But you will not be allowed to make any other kind of changes. Facebook doesn’t even allow you to delete the account.

Privacy was one of the biggest concerns for Facebook users in allowing someone else to take over their account after they are gone. But the social site has ensured that a user’s privacy is well protected. So it will not display messages to the legacy contact. This will encourage more users to appoint such a friend.

A few years ago, the social network had over 30 million dead people’s accounts. The legacy contact feature is expected of simplify things for the future, but Facebook still doesn’t have any solid strategy on how to deal with these old accounts.

The new feature is like leaving your Facebook account in a will to someone. But it has its limitations and precautions. The social site has said that it will still not be making any decision on behalf of the account holders or their families.

Do you want to promote your business on Facebook and other social media site? Do you need valuable information and input from the experts? It is recommended to visit https://thesearchmarketingshop.com/social/page-management/ and learn from the industry leading experts.